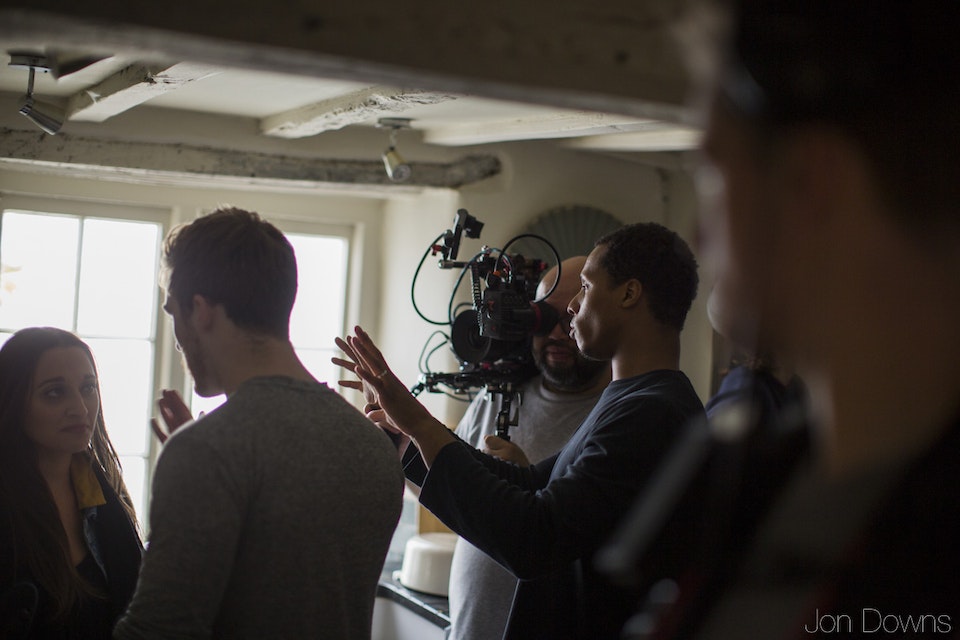 First blog of 2020 is going to be a heavy one so pay attention.

It's keeps us out of or in day jobs, it pays for the equipment, the design, the crew, the food, the cast, the festival entries, the websites, the memberships. It stops parents asking stupid questions, stops incredulous looks from friends, stops anxiety in spouses and partners. Yet as creatives we go to extraordinary lengths to put ourselves in positions where obtaining money seems impossible or in the least unlikely.

There is a duality to the perception of making money in art, where one can be one of two things if you make substantial sums: 1) you're very good or 2) you're a "sell out." Most of the time when observing the success of others we default to the latter. This is a shame as we should be supportive of each other in a field that is grossly misunderstood and under valued by the very brands, companies and businesses for whom it proves to be so valuable. We undercut each other on prices. We withhold our connections and resources. Yes, when doing this as an occupation it's not about indulging every favour asked but sometimes... you know?

I'm not a business guru so I can't tell you how to make money as a filmmaker. Well, I can but there are more astute and lucrative people to give advice on that. This blog is more about my philosophy behind the money: when payment should be expected, the differing definitions of "expensive" and the fact that anything made specially for a singular purpose can never be expensive and why 'high budget' does not mean 'high success'. I'll start there as it's the easiest to define.

High budget commercials, movies, television shows or branded content shorts do not guarantee the client an increase in business. To repeat in normal terms: the more money the client spends does not mean the more money they are likely to make. Late last year 'Cats' featured an all star cast and wielded a budget of $95m. In order to capitalise on the fact that the film possessed a dream cast, an Oscar winning director, at least three Oscar winning performers, a near forty year old classic piece of musical theatre and the high budget spent on making the film, Sony invested an additional $115m in ensuring we all knew that it was coming out...

The film has so far made $60m worldwide. Sony are currently down $150m.

Conversely, Lionsgate's 'Knives Out' featuring in itself an all-star cast budgeted at $40m, a storyline no one had heard of before, from a filmmaker who made one of the most fan divisive movies in cinema history, in a genre that usually is given to daytime TV, has so far made $278m. So for arguments sake - even though it is not likely - let's say that Lionsgate spent the same $115m in making sure we see the film, they are still up $123m. The difference between profit and loss is not budget but consideration and quality.

How do we translate this to the real world? Most of us will make our living doing corporate film, commercials and branded content. This leads me into the definitions of "expensive". Something can be considered expensive positively or negatively. We can be proud of it's expense or disgusted by it. The perspective is all affected by relativity. A professional photographer will not balk at the price of a high quality camera. They may not be able to afford it but their understanding of the expense would not put them off had they the means to obtain it. Where as if you tell a person not interested in photography to purchase a £5000 camera because it's the best one they will be, in the least hesitant, if not wholly objectionable. There are cheaper cameras.

A freelancer's biggest business problem when starting out is always that horrible fiscal query: how much does it cost? You'll find many an explanation and theory to assist in your finding that price from the mathematic, "how much do you need to live?" to the philosophic, "they're paying for your experience." What I've found out is that this is not a logical question when it comes to creation. Any filmmaker whose made a movie on their own will know is that often the film you make is the one you could. Your discussion with the client should not be focused on answering the question of how much it costs. Rather you should have serious discussion and arrive at the rational conclusion of how much it is.

Now that is cleared up, how do we determine the value of the film? This depends wholly on the client. What are they worth? This is why your "price" as a filmmaker is irrelevant because it's not about how valuable you are but how valuable they are. The best person to put a price on the client... is the client.

Right, so I've spoken to the client, determined their value and arrived at a sensible budget that will enable me to eat and provide them with an effective film that they'll be happy to endorse and present to the world. When should I get paid?

As soon I as start talking about what I'm going to do, I start getting paid. My creativity, my ideas, that's me working. Pitching is working. Discussing concepts is working. They've seen your work. They've called you in. You've had a conversation about the company, what they want and whether your services will add to their value. Giving them ideas is working for free, which comes at cost to you. This is bad for your business. If you haven't agreed the fee, it's because you've not moved them on from "how much it costs" to "how much it is". Lock in what they are happy to spend. That money will do one of two things: run out or will need to be topped up. Your job is simple: don't run out.