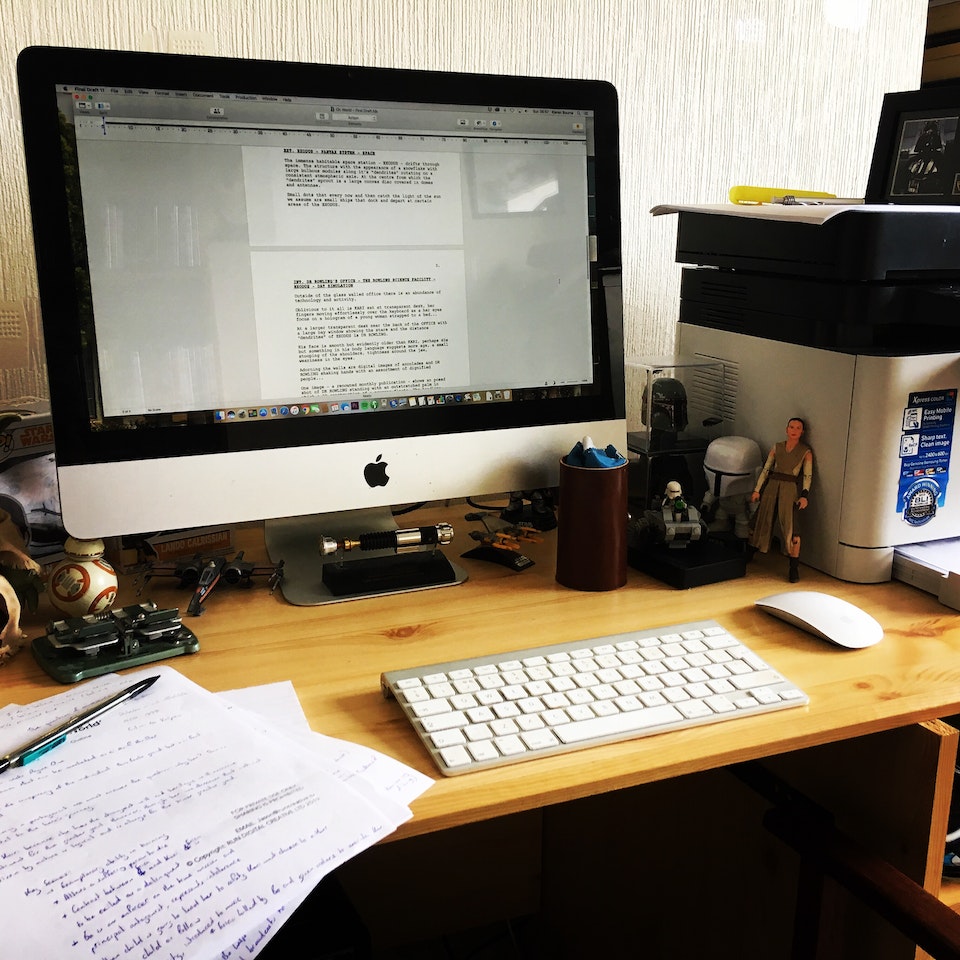 Directing is all well and good and if we’re honest its where the fun is. Directing is the real delivery of the film. It is what filmmaking is about. Staging elements in front of the camera to create that movie magic for audiences whether in the cinema/theater (🙌🏽), at home (👏🏽) or even nowadays on your phone (🤢). But the real work is pictured above. All directors can write a script. In fact, anybody can write a script. Whether it will be good or not is the challenge. A screenplay is like nothing else: a document that requires literary efficiency but visual density. When you’re dealing with moving pictures and if - as the saying goes - a picture is worth a thousand words - trying to get a feature film to deliver all of those pictures in an 80-120 page document that then needs to survive the interpretations of costume, sound, set design, camera work, acting, music, editing and everything else that goes into a movie, seems an impossible or overwhelming task. So much so that most people forget, ignore or are simply unaware that most movies are written.

That’s the beauty and the pain of writing.

The truth is that you do not need a script to make a movie and in many cases productions do start before a script is complete. But most of the time, those productions that do will be paying an extraordinary amount of money for a great writer to produce a script as they go along.

The script the most important and most unimportant thing on a film. Without it there is no direction; no start point and no destination. How you get from one to the other is up to the director but the screenwriter builds the world and lays out the map and defines the routes. Whilst directing is the most fun, there is nothing like creating characters and a world from scratch. Even, if there is no physical document someone will be writing the movie in their head. But a producer and many HoDs will definitely prefer that its on paper.

I started at a desk, sat in my chair, writing spec screenplays. Fortunately, a few other people thought the writing was good and now along with writing for myself, I write for other people. It can be difficult and I’ve made mistakes, passively insulted my collaborators, been removed from projects, walked away from projects, made great friends, worked for reliable people and unreliable people, changed my process, reverted back to my old process then changed my process but always, always, always... learning.

So to all of the writers out there: keep working, keep evolving and keep loving it.

May the Force be with you.