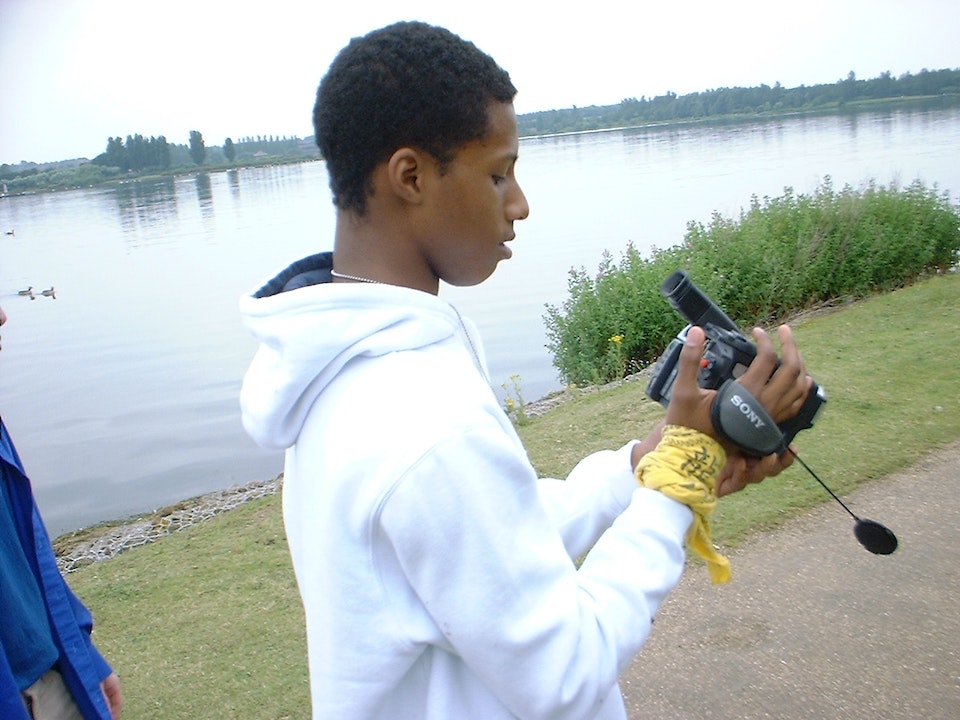 From Director to Screenwriter and back again...

When I started making films I was probably like every other filmmaker: all I need is a camera and an idea. No script. No cast. Just some way to piece it together and a place to watch it. I grew up in the age of DV so I was used to the flexible and dynamic immediacy of the form. Sound was built-in and the format was lossless. It was unbridled fun and creation.

As filmmaking started to become more of an occupation that is where the roles begin to reveal themselves. For me all of that came later. In the beginning I wanted to be a war correspondent and a journalist. I was never a particularly voracious reader but I did write - a lot. Once I came to grips with the screenplay format, following my failed forays into the literary world, I gathered that I was going to be a screenwriter. Being a director fell into second... or so I thought.

I am ardent student of cinema and its history. The director in film was treated much in the same way as the director had been in the theatre up until the early twentieth century and that was not too seriously. Once a play or a scenario had been written all that needed to happen was for it to be performed. No one knew how that needed to happen better than the writer. A director was a middle man, the voice of the producer who adhered to the prescribed shot list and ensured continuity of performance but really the director's job was to meet the required amount of footage per day.

However, there were artists in the medium who saw differently and understood that cinema was a narrative device of its own that could do what the other forms couldn't. DW Griffith, Cecil B, DeMille, Charlie Chaplin, Buster Keaton, Alfred Hitchcock and many others of the silent era were doing things that could not simply be only found in the script.

Jump forward 50 years past the talkies, the Golden Age, the French New Wave and then arriving in New Hollywood in the 70s the auteur theory, promoted by film critic Andrew Sarris, has entered the culture. The notion that a film is a realisation of the directors vision, regardless of whether he had written the screenplay; shot the film; designed the costumes and set; or edited and mixed the final picture, prompts the growing prevalence of the possessory credit. After all, final decisions were down to the director and therefore it was a "film by" the director.

The "film by" credit has been widely disputed and at the beginning of my professional career as a screenwriter I was vociferous and near disrespectful of the "art" of direction. I proclaimed that a screenplay should contain the movie and a great script simply need to be captured as written. My vehemence and confidence in this matter lead me to challenge Emma Thompson (Academy Award Winning Actress and Screenwriter) following her account of having to write 13 drafts of 'Sense and Sensibility' before shooting. Such was my hubris that even after her public rebuke - which you can find on a BAFTA podcast - I refused to accept her near 30 years of critically acclaimed and financially successful wisdom and proceeded to serve directors as a screenwriter with the mindset that I was the most important person in the room.

This amateur understanding of the filmmaking process came to a head when, during the development of feature length screenplay with an incredibly talented young director, I refused to change a line of dialogue as (and I quote) "I don't write dialogue like that" then at some point using the "experience" angle in regard to the difference between our relative ages as to why I was right about a certain point.

Wow. Retrospect is a bitch and so was I.

However, this particular yarn is about how this obnoxious screenwriter came to realise that direction in film - and I apologise to all of the producers, screenwriters and DOPs - is the most important role in the making of a film and if the direction is carried out well, a "film by" credit can be bestowed.

All the while I had been working as a freelance screenwriter my passion for making films had not stopped. I'd concluded my fifth short film and couldn't understand why I felt something had been lacking. Technically, there was nothing wrong with the films. I knew I could write and I got what I needed to serve the script. Why were the films not giving that punch that the screenplays gave?

I decided to step away from directing and focus on writing.

Soon it became clear what my problem was. I went back to archives and watched my first films when it was just me and the camera. No scripts. I then rewatched all of my films up to date and then rewatched all of the great films, really looked at the approach of the great directors and even appreciating small things like how could a film be nominated for a Best Picture award but not in the Best Director or Best Screenplay categories. The small nuances in craft and recognition finally coming to a beautiful kaleidoscope of reasoning that coalesced into one singular statement of fact: I was serving the script and not serving the film.

It used to be the case that once I was happy with the script no further reassessment would be done but this time, whilst in pre-production, I looked at the script again. Using my newfound insight I reworked the screenplay three times. Now, it wasn't just a good script. It was a good film. My film.

Subsequently, I went on to direct a couple of scripts I did not write myself and found that I was making changes to the scripts: reducing or adjusting lines, inserting moments, restructuring the story in order for it be something that I could envision.

Foolish, ignorant, hypocritical, amateur, arrogant, so many thing words to describe what I was before I understood the obvious. This is not to say that I advocate directors changing scripts willy nilly. Sometimes a director has no clue but when you have a director with vision you have to be willing to serve the film. What I embraced was that sometimes you need to go along with what you may consider to be an 80% version of the script for the director's 100% version of the film. We are not in this medium for "great reads".

As a director now, I know what it is I need from a script. It needs to be good - as usual - but I need to be able to find my way of expressing what's on the page. If I can't then I'm not directing. The writer should direct it and then hire a DoP. This has not only made me - and this perhaps is relative - a better director but significantly...

...a much better screenwriter.

©2022 KIERAN BOURNE. All rights reserved. No part of this website may be reproduced without permission.